The latest figures released by the independent car cost experts reveal a clear preference among motorists for more practical ‘everyday’ vehicles, when it comes to researching the long-term ownership costs of their next car purchase

Thousands of economy-conscious motorists consult the ‘bible of car running costs’ – CAP Total Cost of Motoring – each month, providing unique insight into the intentions of drivers planning to replace their car.

The Total Cost of Motoring tool gives motorists a clear vision of their expected spending on every aspect of the car – including what they will lose in depreciation – over the entire period of ownership.

Practical family cars dominated the queries from thousands of motorists who researched more than 300 different makes and models during January.

Ford Fiesta moved up one place to number 1 as the most popular vehicle investigated through CAP’s free www.cap.co.uk/consumer web tool.

But BMW X5 remains at number 5, challenged in the 4x4 sector only by the Range Rover Evoque, which makes a new entry at number 4.

Other notable chart entries include the petrol version of Volkswagen’s Golf – which debuts 2 places below its diesel counterpart – and Vauxhall makes its first entry with the diesel Astra. The first people carrier to appear, since the chart was launched at the start of the year, is the SEAT Alhambra diesel while the petrol version of Ford’s Focus is replaced with a new entry by the diesel variant.

“This is reflected by the new entries which, with the exception of the ever-popular Range Rover Evoque, can be described as lower cost cars to run, such as petrol Ford Focus and Volkswagen Golf and diesel Audi A3 and Vauxhall Astra.

“The sheer variety of models investigated by consumers is also striking, with the number of different model variants researched rising to 369 – which even included one query in January for the cost over 3 years of owning a Bentley Continental GT Coupe. Although most users are genuinely looking for the best choice for their next car, I think it’s safe to say that particular query was out of curiosity because I’ve yet to meet a Bentley driver who worried about their fuel consumption or future trade-in value.” 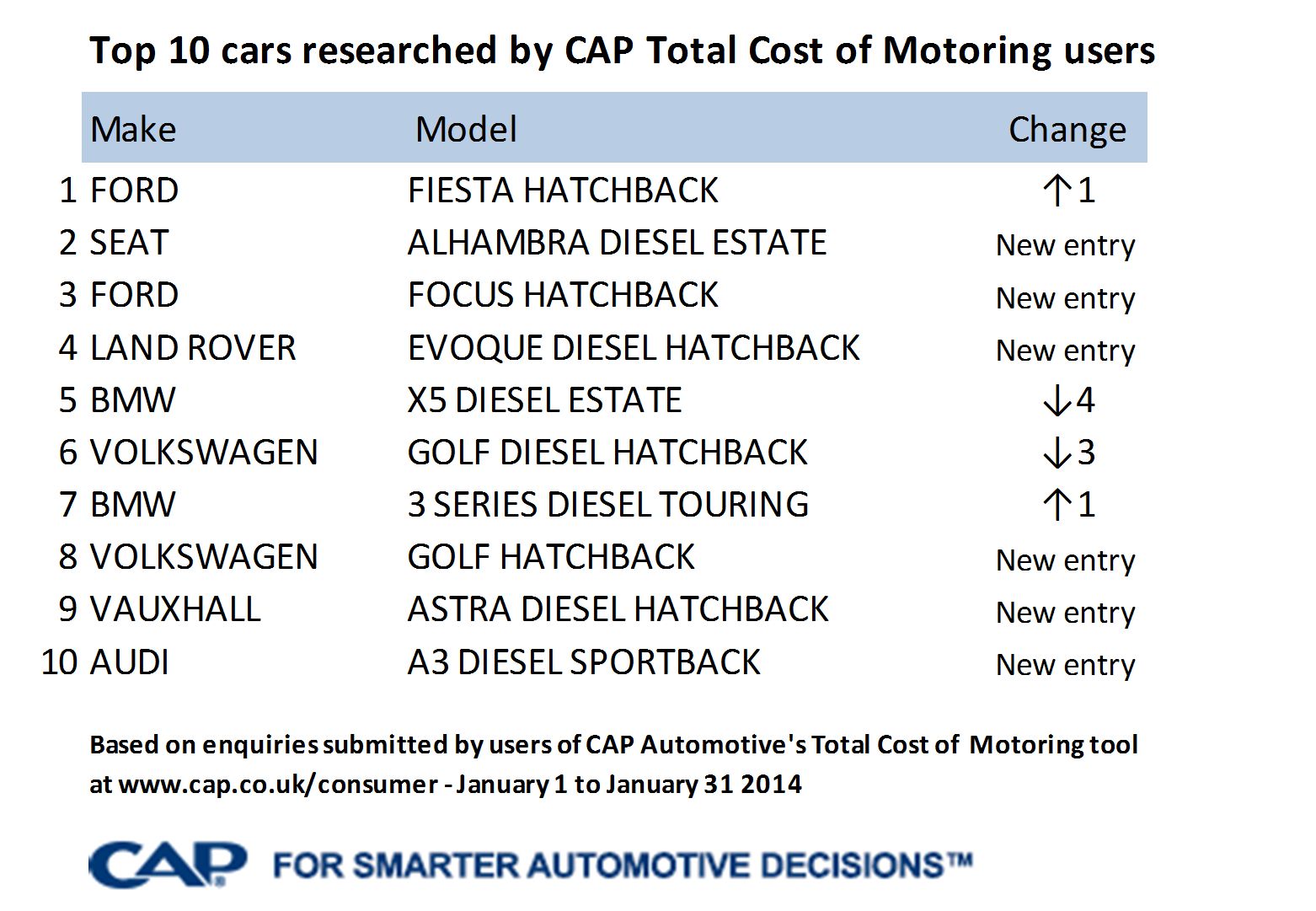