ECONOMY-CONSCIOUS car buyers are more interested in the ownership costs of a BMW X5 than any other car, according to data released by independent car information experts CAP Automotive.

Motorists, all in the market for a new car, researched the long-term ownership costs for a total of 256 different models on CAP Automotive’s Total Cost of Motoring tool during December 2013.

The BMW X5 topped the list of most investigated cars, with 4% of all queries at http://www.cap.co.uk/consumer/total-cost-of-motoring.

A more expected runner-up to the luxury chart-topper was the Ford Fiesta, with 3% of all Total Cost of Motoring investigations.

CAP Total Cost of Motoring is a unique free-to-use guide to the complete future expenses of car ownership, taking into account depreciation, fuel, servicing, road tax and other factors up to five years beyond purchase.

Prestige cars make a surprisingly strong showing in consumers’ motoring cost research, with Porsche Cayenne, BMW 5 Series and Lexus IS all appearing in the top 10, from thousands of queries on a total range of 256 models researched during the month.

CAP’s Retail & Consumer expert, Philip Nothard said: “These figures are surprising because we would not expect imminent buyers of large 4x4s or luxury cars to be as conscious of predicted long-term ownership costs as motorists on a smaller budget looking into more obviously economical cars.

“So while the Fiesta’s two appearances in the most popular 10 cars being investigated by people looking closely at their motoring budget is entirely predictable, the appearance of the Porsche Cayenne at number 7 is much less expected.

“We know that large 4x4s have been one of the largest growth sectors in recent years – even during the recession – and this data shows that many people have a luxury SUV in mind for their next car.

“But most interestingly it also shows that the buyers of larger, more prestige cars are just as eager to know how much the vehicle will cost them to own over time as the less well off consumer who is looking for a small, inexpensive runabout.” 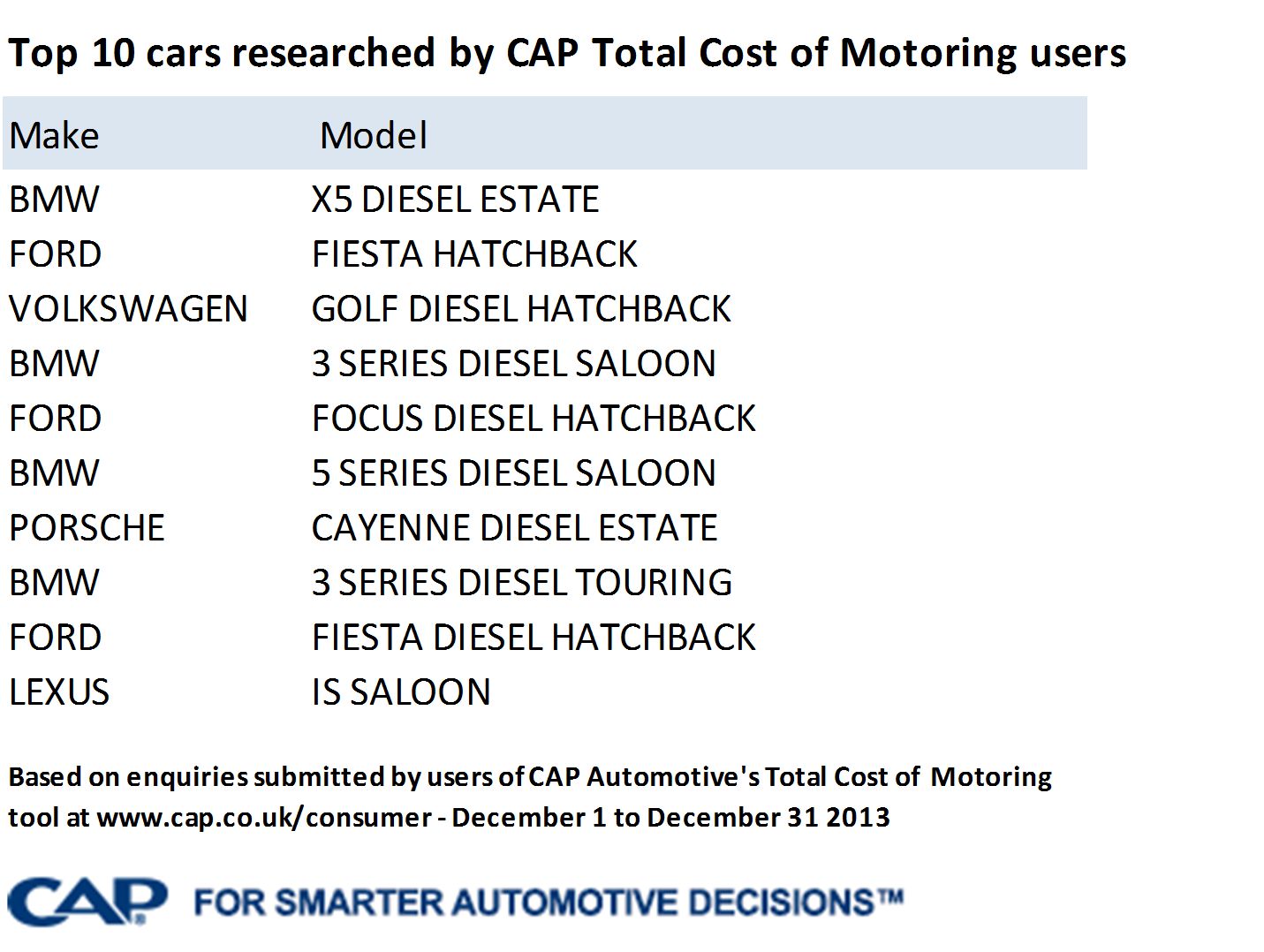