Looking back into history the first generation Fiesta was introduced in 1976 and ran to 1983. The Golf was introduced in 1974 and ran until 1983. Therefore this very popular pair of models, in 3 decades, have gone from a model running for approaching 10 years, with minimal technical changes, to around 4 years with quite often substantial technical changes under the skin.

There are lots of aspects to the shortening lifecycles of models, one of the main ones being increased competition especially from Far East manufacturers who have come in to the European market and rapidly changed their models to help gain traction in what is a very competitive market. Quite often historically they would try their own domestic market models in the European market and then refine and replace the models quickly to address issues around the suitability of the model to European customers.

Another aspect that has really kicked in over the last 10 years is advancement of emissions reduction policies and legislation. As the world looks to reduce Co2 emissions, car manufacturers have come under the spotlight with regards to exhaust emissions. In Europe this has taken the form of tax incentives to encourage the reduction amongst consumers.

This has meant that a model that had an acceptable level of Co2 emissions 3 years back is totally out of step with the latest requirements. Quite often the changes to reduce emissions involve changing the construction of the car along with the aerodynamics and therefore the car has to be redesigned into a new generation to accommodate the lower Co2 requirement.

The final major aspect is that it has become easier to change to look of a car due to the fact that large areas of the front and rear of the car are manufactured from plastics and also computers are now at the forefront of vehicle design. Therefore changes to the look of the car can be carried out much more quickly than 30 years ago.

On the face of it the new car consumer has really benefited from the rapid changing of models on offer in the market place. When they come to market they have a lot more choice of bang up to date models to choose from.

Of course this can also have a slightly negative effect as most buyers have a car that they need to dispose of when they come to the market. The issue arises when their particular model isn’t the latest offering from that manufacturer and therefore the lifecycle value element of the vehicle’s depreciation has really started to kick in.

This is a particular issue around certain manufacturers who have dropped their model lifecycles below the standard 3 to 4 year ownerships pattern. In fact CAP have seen that certain manufacturers, who have a history of dramatically changing their models over a relatively short period, take a step back and in effect tone down the visual changes so as not to damage the previous generation models second hand values too adversely. 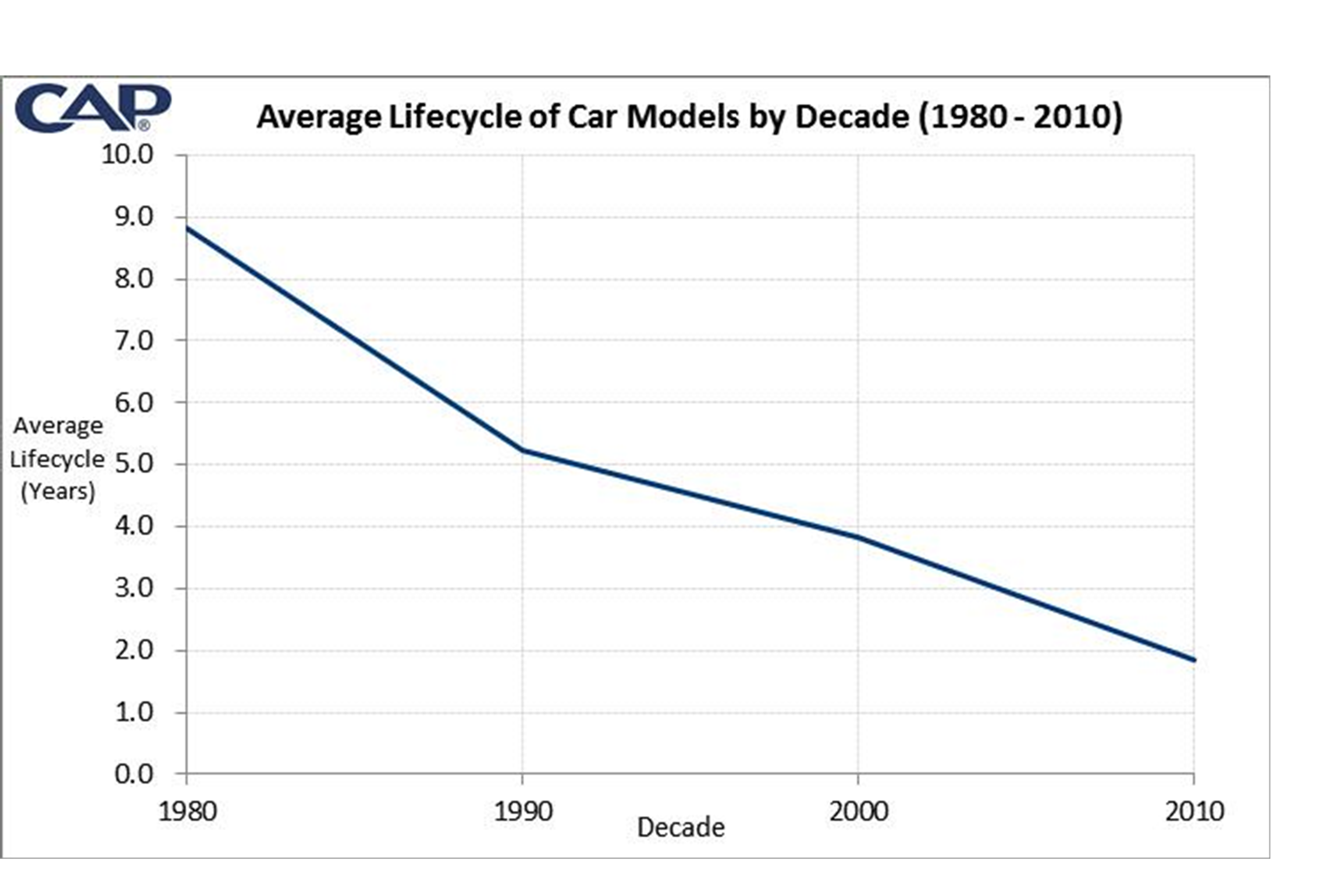