Globalisation and the quest for a global vehicle

Having a global car has been a constant theme in the industry, many manufacturers have tried yet few have succeeded.

The competitive nature of the global automotive industry, coupled with consumer expectations being at an all-time high, has left manufacturers striving for perfection in regards to safety, technology and efficiency. However, even the most superior advancements in the industry can be undermined if the product is not tailored to fit the needs of individual markets.

What are some of the key differences between markets?

Here’s the challenge. Manufacturers are struggling to meet the needs of individual markets on one hand, whilst balancing development costs on the other. There are many different variables across markets to consider when developing a global vehicle.

What are the current issues manufacturers are experiencing?

All manufacturers face the challenge of striking a compromise between production cost and consumer personalisation. Identifying where the line needs to be drawn, dictates the success (and profitability) of the vehicle. 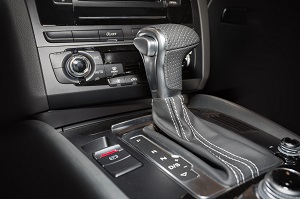 This decision is being made more complex because manufacturers are having to broaden their horizons with developing economies stretching manufacturers’ ability to deliver a desirable vehicle across all markets whilst also maintaining an affordable retail price for consumers. The days of developing markets excepting vehicles built on old platforms and accepting substandard vehicles is no longer satisfactory: in developed markets quality has become a consumer expectation. In some cases these markets are so important in terms of volume and profitability that they can justify the development of localised versions.

For example in China the demand for chauffeur-driven vehicles has led to manufacturers developing long-wheelbase versions of their vehicles for the Chinese marketplace: a good example of where matching a global product to local needs reaps rewards.

Keeping vehicles affordable means that measure need to be put in place for manufacturers to maximise their production capacity, achieving greater economies of scale when purchasing parts and technology from suppliers. This often has implications for local specification and in most cases it is not viable to build a car for a sole market. 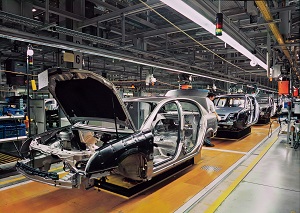 One implication of this is the standardisation of specification across markets, leading to a lack of flexibility and limiting consumer personalisation. For example, production systems may demand a minimum order volume for a specific specification, or the linking of several equipment items together, both of which limit the creation of a vehicle properly focused on the consumer in a specific marketplace.

Not only does this limit the showroom appeal of a vehicle, it has a knock-on effect on future values. With the majority of new vehicles being purchased on finance it is imperative that the manufacturers understanding the used car market and what makes a car attractive to the used buyer. If vehicles are not equipped to local consumer tastes the residual value of vehicles returning will be lower. With a huge number of cars in the UK sold on finance deals reliant on strong RVs – such as PCPs – a strong RV is a necessity. This raises the question: can a global vehicle be successful?

What do manufacturers' future strategies need to take into account?

To sell new cars you have to best match the wants and needs of your customer, given the restrictions discussed, how can this be achieved?

Information is crucial to fully understand consumer needs. Keeping on top of option uptakes and consumer trends in each market will allow informed and accurate decisions early in the development process. Additionally, gaining knowledge on what residual value options carry through to the used car market will allow manufacturers to improve their competitive position on new car finance deals. 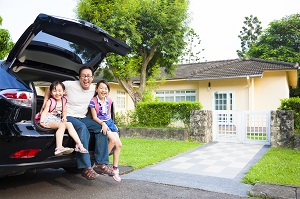 Some manufacturers need to do less than others to accommodate global processes, such as smaller prestige organisations with a focused image such as Bentley. In this scenario consumers are likely to bypass the criteria that doesn’t suit their individual market to be part of what an automotive brand represents. This is becoming a more common theme that is transferring to developing economies swiftly due to the rise of social media and the growing automotive presence on them, which is allowing western consumer tastes to transfer faster. The rise of the SUV in China is a good example of new European trends travelling quickly with their sales now accounting for 28% of the Chinese new car market, coupled with a 17% decline of the traditional saloon in 2014.

These two points beg the question whether manufacturers should be putting a larger emphasis on global brand development as opposed to a single global product.

A simple yet important point is to avoid making the same mistakes of competitors but also learning from those with a high consumer satisfaction and more efficient processes. Technological advancements in cars is accelerating and so are production processes making them, so manufacturers need to be forward thinking, utilising consumer information and implementing technologies in a way that doesn’t limit individual markets ability to tailor their own specifications.

Research indicates that manufacturing strategy should shift from economy of scale to economy of scope, focusing on global flexible manufacturing capabilities due to globalization, growing operational complexity and differing markets with diverse consumers demand.

There are manufacturers which have already developed such techniques, an example of which would be changing the suspension on existing models to suit individual markets, whilst maintaining the majority of the core product. 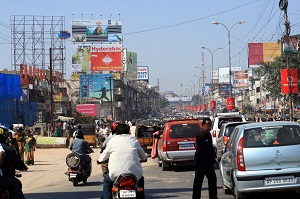 This minor alteration takes into account market variance, with high quality European roads using more expensive spring whilst poorer roads surfaces in India are catered for with a more cost effective suspension. This accommodates consumer needs by enhancing the total cost of ownership for that market and therefore increasing the competitiveness of the product. However, for such changes to be available to a manufacturer it’s important to reiterate that accurate consumer information is crucial to build an adaptable global vehicle.

The rise of the global automotive suppliers and the growing reliance of manufacturers on them means that now more than ever maintaining a good supplier relationship is crucial. However, having analysed the correct information providing knowledge of consumer demands, manufacturers can create contracts with suppliers that can also adhere to individual market differences.

Market success belongs to the companies which are able to produce the right product at the right price. Balancing the needs of production against consumer tastes is possible given the right information and an understanding of the customer.

As is so often the case, information is the most important input, and manufacturers which understand their customers (new and used) are the ones who will enjoy the greatest success.