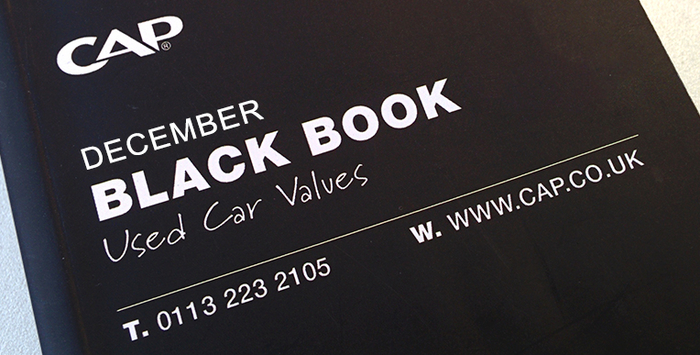 The surge in new car registrations continued, with October exceeding expectations and recording the 32nd consecutive month of growth. As reported by the SMMT, 179,714 cars were registered, compared to last October’s 157,314, an increase of 14.2%. Year-to-date registrations were at 2,137,910, an increase of 9.5% on the same period in 2013 and the first time since 2007 that over 2 million cars have been registered by the end of October. The increases were in both the “Private” and “Fleet and Business” segments, with manufacturer incentives remaining strong on both counts. The SMMT are predicting registrations to level off as we head towards 2015, although there may still be some late activity as the inevitable and relentless chase for market share continues.

There was a relatively dramatic realignment in the used car market this month as prices dipped at an increasing rate as we moved through November; Black Book Live has been moving values down on a regular basis since mid-October but over the course of November the frequency and size of these movements have both accelerated. These downward movements are based off evidence in the market from in excess of 130,000 individual used car trade transactions per month as well as analysis of the retail market and feedback gained from the vast array of industry contacts.

Very few volume model ranges avoided any form of downward movement in November and all sectors were affected. Even SUVs, which traditionally fare well during winter months, were not immune to larger than normal reductions, due to high stock levels both on forecourts and in the wholesale market. Convertibles always feel the pinch at this time of year and their values have fallen more than the average, however sectors such as Supermini, MPV and Upper Medium have done likewise. It is no surprise that within these sectors, it is the model ranges with the highest volumes that have been the worst affected.

The reasons for the drop in wholesale prices are fourfold. Firstly, supply levels have increased due to the influx of part-exchanges and fleet returns generated by September’s 10-year registration high, followed by further high registrations in October. Secondly, retail demand has dropped off as it tends to do in the run up to Christmas, but this year it has been more widely reported. Thirdly, many retail forecourts are full – the simple fact is there are more cars being advertised than there were at the same time in 2013 and little or no requirement to replenish stocks. Finally, used car prices are high – depreciation year-to-date has not been to the extent experienced at the same point last year and prices are generally higher than they were 12 months ago, these have proved to be unsustainable.

There has been some concern in the market as the drop-off in prices has been fairly sudden, it is important to note however that it has been a particularly strong year for used car prices.  This realignment of values, in the region of on average 3% at the 3-year, 60k mile benchmark, is basically a game of catch-up. Interestingly, with this Book movement into December, the overall yearly depreciation will be the same as it was for the full year in 2013 – there was just more of an even monthly spread last year. However, there is no escaping the fact that the monthly Book drop is a large one – indeed it is the highest since the summer of 2011, over 40 months ago.

A few cars that have bucked the trend are what could be described as “modern-day classics” – vehicles that go up in value due to desirability and generally low volumes. Such cars where we have noted this trend are the Porsche 911 Turbo, Honda NSX and Ford Sierra and Escort Cosworths.

With retail forecourts full and consumer’s minds wandering towards the festive period, footfall in November was down. Part of this though is due to the widely reported increasing move to on-line activity - the majority of consumers buying decisions are now made in the comfort of their own homes in front of a screen rather than in a showroom. They will still visit dealerships, but by then the decision is likely to have already been made.

There is no doubt that November was a difficult month for the auctions. Conversion rates sat at around the 60% mark – this time last year they were at a far more acceptable 68% and had actually improved month-on-month. This time around it is a very different picture as we heard regular reports of the market worsening as November progressed.

Auction inventory levels remain particularly high, with no sign of them dissipating anytime soon. There was a great deal of choice for those few that were looking to buy. There very much remains a tale of two halls – with the part-exchanges still attracting buyers but the ex-fleet cars continuing to struggle. This dynamic will certainly continue whilst stocks are high.

Whilst there were buyers present, they were unwilling to pay previously published CAP values and were increasingly selective about their purchases – ensuring the specification, colour and condition were right and not taking any risk on cars that could sit on their forecourts for a long period.

Towards the end of November there were very early signs of a small number of car supermarkets buying for January. Those who subscribe to Black Book Live could see in real-time that values dropped throughout the month, without the need to wait for the traditional monthly figures – an informed view of a moving market, ensuring they did not pay over the odds. As some vendors were increasingly prepared to accept lower bids in efforts to keep stock moving, there is no doubt that there were some bargains to be had.

A very popular question will be are these reductions in prices likely to continue?

There will be a few more trade buyers out in December looking to stock up for January. This could well be stimulated by the realignment of Black Book values, making cars more realistically priced now. However, the majority of dealers are well stocked already so increased buying levels are not expected on a large scale and retail demand certainly will not pick up until the New Year.

An upward movement in January’s monthly Book is therefore highly unlikely as it will be reflective of Black Book Live movements throughout December – no forecast element will be applied; however values should stabilise. We certainly are unlikely to see any large-scale movements to the degree of those in December’s Book for a while now that this realignment has taken place, although as always this will be dependent on supply and demand on both a micro and macro level and will be reported as they happen in Black Book Live.

We would like to wish all of our customers and contacts a very Merry Christmas and a Happy and prosperous New Year!