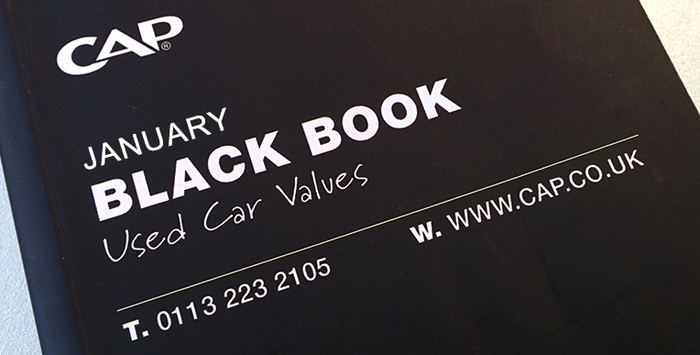 The year-on-year percentage growth is split evenly between “Fleet and Business” and “Private” registrations. However, in the month of November it was the former that led the way, with growth of over 9% compared to the same month last year, with Private registration growth slowing and being just over 6%. The SMMT are forecasting a more stable market in 2015.

As we close off 2014 it is timely to review the year – a year that has been a strong one for the UK automotive industry, not just in new but also in used cars.

The scene was set in the first few weeks of the year, with prices staying very stable – there was plenty of desirable stock in the auction halls to entice trade buyers who traditionally have a growing appetite for cars in the early part of the year. One exception to the stability was with some premium family-sized cars, where increased ex-fleet volume in the short-cycle market put added pressure on values of certain models.

It was particularly apparent both then and now that the condition of cars is of paramount importance. There were, and indeed still are, a large number of cars in “Average” or “Below” condition that vendors continue to seek “CAP Clean” for. When volumes are low, this is not necessarily a huge issue, however when buyers have more choice it can become a problem and conversion rates are affected.

Overall, Quarter 1 was a strong one for the market and as retail demand increased, conversion rates improved and Black Book Live values continued to be remarkably stable.

During April, Black Book Live reported used car prices under more pressure, as they tend to be around the Easter period, due to Bank Holidays, school holidays and increased volumes from part-exchanges generated by the new registration plate in March (March 2014 saw the highest number of monthly registrations for a decade).

Values fell throughout April, May and early June, but arguably not by as much as many expected, and certainly not by as much as in previous years. Part-exchange halls at auction remained a popular place to be as buyers sought out something that was a bit different.

Prices started to firm up around the middle of June and Black Book Live reported strength in some values, which continued into July. However, there was some pressure on “late-plate” values, particularly on smaller cars as they competed with attractive new car PCP offers.

Values continued to hold up well throughout Quarter 3 – it was the 4th quarter in a row where depreciation levels were lower than in the corresponding quarter of the previous year.

It was from mid-October that there was a noticeable change in market conditions. The stability of the previous 9 months had meant that many cars were higher priced than those of a similar age and mileage 12 months earlier. With continued alluring new car offers, increased used car trade supply, retail forecourts being pretty much full and retail demand slowing, prices came under considerable pressure. As a result, through the 2nd half of October and the whole of November, values dropped in Black Book Live at a faster and more severe rate than they had ever done since the daily product was introduced, in May 2012. There were some tangible benefits made by those tracking Live values rather than relying on monthly figures.

It is safe to say that, with the exception of larger SUVs, there was no recovery in the used car market in December. Buyers remained selective, only replacing sold stock on rare occasions and there were few examples of buyers purchasing for January. Many car supermarkets had already bought what they needed for the back-end of December and early 2015 so were unwilling to purchase more until the retail market picked up – and that was never going to be until the seasonal festivities were over. Of dealers surveyed by the CAP Black Book team in mid-December, more than half reported a downturn in both on-line and physical retail enquiries over the previous month – not unexpected for the time of year. They also reported a plentiful supply of trade stock available to them should they wish to re-enter the market – so supply was outweighing demand.

Overall, auction conversion rates remained in the early/mid 60% region, meaning a number of cars remained unsold. Those vendors that did sell needed to be more than realistic about what prices they wished to achieve, and certainly had to take condition into account rather than holding out for CAP Clean, as they may have done in times when supplies were short and demand higher.

Interestingly, there have been reports of some buyers purchasing cars with a view to trading them via exactly the same auction in January, obviously banking on prices going up early in the New Year. It remains to be seen whether this will happen – they may only be successful if they bought them at below the market value in the first instance.

So in summary, values were falling progressively throughout December following on from a similar picture in November.

As for the previous two Januarys’ since the introduction of Black Book Live, the movement going into the month is purely reflective of used sales prices in December. There is no forecast element applied. Any strength or indeed weakness during January will be reflected in the daily figures produced by Black Book Live.

Used car stock levels, particularly at auction, are high going into the New Year so even if demand increases, as is likely, there will still be plenty of choice for trade buyers.

It remains to be seen whether the usual pent-up demand from the Christmas break will be enough to push prices up early in January. We are inclined to believe that there may be stability rather than increases, but whatever happens, Black Book Live will be reflecting the sales data as soon as it is received.

A word of caution needs to be sounded around late-plate values. There is plenty of this stock around and any end of year pre-registration activity by those manufacturers chasing volume, or market-share targets, may well adversely affect values in early 2015.

It is likely that 2015 will see a return to more normal depreciation, perhaps akin to the years prior to 2007. New car registrations increased after lulls between 2009 and 2011, so more used cars will be coming back into the market based off registrations from 2012 onwards. It is by no means a doom and gloom scenario though, just likely to be less benign than the majority of 2014. Time will tell.

The CAP Black Book Team has undertaken a comprehensive revision of the CAP Clean, Average and Below definitions. The new descriptions are closely aligned with the previously published ones but are now defined by age. They are available to view at http://business.cap.co.uk/cap-data/cap-condition-definitions.

And finally…… we would like to take this opportunity to wish all of our customers and industry contacts a very happy and extremely prosperous New Year.