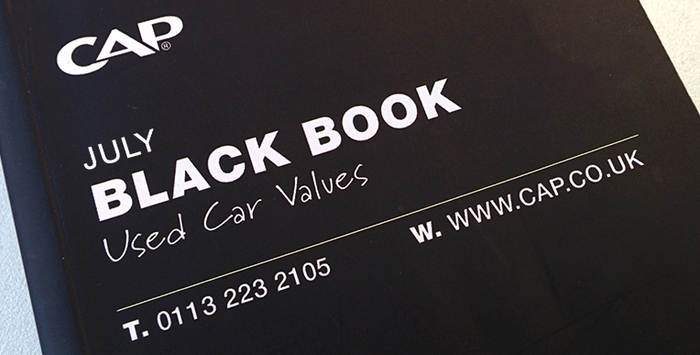 Compared to May of last year, monthly registrations for both “Private” and “Fleet and Business” have increased by the same percentage as the overall figures – 7.7%. For the third month in a row however, the proportion of private registrations has slipped and Fleet and Business now account for 53% of the total – this is more of a pointer towards increased business confidence than lower consumer confidence. Attractive new car deals remain in abundance and continue to encourage the retail buyer.

Rental registrations in May showed increased activity by one particular volume manufacturer, who more than doubled volumes month-on-month and took over the top spot for May by some distance. It will be interesting to see if this is an ongoing trend or simply tactical retiming of registrations.

Volumes in the auction halls and online have been high for a number of months now. For every car sold, it seems that there is a replacement for it arriving into auction stock. Auctioneers have been working hard to get potential buyers engaged and there have been fewer bidders per vehicle than in previous months. Simple laws of supply and demand mean that it remains very much a buyer’s market.

Conversion rates sit at around 70% on average, slightly lower than some auction houses were expecting for the month of June, due to the high volumes. Within these averages are some varying figures by supplier but dealer part-exchange sales fared better than those of fleet and leasing companies.

What is particularly interesting is that buyers, particularly car supermarkets, are now actively seeking out dealer part-exchanges as opposed to ex-fleet cars, and this is for a variety of reasons. Selling dealers are generally not tasked by their paymasters to achieve a certain percentage of CAP Clean, so tend to set reserves commensurate with the cars condition, meaning they sell quicker and at a realistic price. There also tend to be some more desirable cars appearing from this source. They are better specified, and in interesting colours, rather than fleet offerings which can be all fairly similar, often low specified cars in bland colours. When cars such as these come back into the used market in large volumes, there is certainly not a scramble to purchase them, and prices are generally adversely affected.

The consistent theme of poor condition cars struggling to sell is again worth mentioning. When volumes in the market are high, buyers can pick and choose, and it is the low mileage, CAP Clean cars, well specified and in desirable colours that sell. From their time spent at the auction halls, the Black Book Editors continue to report that white cars remain desirable, as long as they are in good condition, and are more than likely to achieve a premium over their black or silver counterparts.

Wholesale prices have slipped again throughout June as we predicted, however to use a topical football analogy, it has been a game of two halves. Just before the midway point in the month, the market did start to show signs of recovery and there was more retail and trade buying activity. As a result, some values that fell in Black Book Live at the end of May, or early in June, were negated, or at least the rate of reductions slowed.

City cars and superminis values have been some of the worse affected in percentage terms, due to increases in stock levels beyond what was typical for the market. Within the sold data from the auction houses we can see a 19% increase in the volumes of city cars and 11.5% increase in the sales of superminis, comparing the first 5 months of 2014 with the same period last year. Although demand for these small cars is strong, there is also competition from strong new car offers, particularly with low deposit and low monthly payments. So overall, more choice in the used arena, and strong offers on new cars, has softened used prices.

Whilst the majority of cars have seen their Black Book values drop in June, the convertible sector has stayed relatively stable overall. However, it is likely that prices have now peaked, and the start of the descent is nigh; indeed, some newer, prestige models values are already slipping. On the other hand, older convertibles (soft tops) and coupe cabriolets (hard tops) are performing well, driven in the main by private buyers perhaps making weather-induced impulse purchases.

In contrast, SUVs continue to decline and are unlikely to stabilise for at least another month or so. Towards the end of the summer, proactive dealers are likely to start stocking up for the likely increased winter demand.

As we predicted, the World Cup has had very little impact on the used car market, as consumers continue to buy as a function of a slowly improving economy. If anything, it may have provided a boost as certain manufacturers invested heavily in advertising and many dealers embrace football themes to encourage people into their showrooms.

When England failed to qualify for Euro 2008 it was estimated it cost the UK economy around £600 million, so pessimistic views on how tournaments affect the market can be off the mark. Indeed, retail footfall is slightly up on where it was last year and there have been signs of further improvements since the middle of June. What has become more and more commonplace over the last few years is the willingness of buyers to search nationwide for car purchases. It is now very much the norm to browse the internet for the best possible deal, and only those unaware of distance selling regulations have been wary. This willingness to purchase without seeing the car may well increase further as from 13th June this year the regulations have changed.

Consumers previously had 7 days (from the purchase date) to cancel and return the car, with a full refund – this has now been extended to 14 days. In the short-term this may not have much of an impact but the more this legislation gets known, the more of an effect it may have. It can only be good for the retail buyer, but may well influence dealers and their willingness to stock certain vehicles – will refurbishment costs go up accordingly as it will be even more paramount to keep the customer happy?

It is likely that we will see lower wholesale inventory levels over the next two months. The increased volumes from March new plate part exchanges will dissipate and rental companies will tend not to de-fleet due to their summer demand, particularly from overseas visitors. However, we will soon be into the holiday season and retail demand may well slip during this time. As a result we can expect gentle downward movements in Black Book Live through July, likely to be at a similar level to those in June. Volumes in the used market will then increase once again in September as we see the arrival of the new 64 plate. 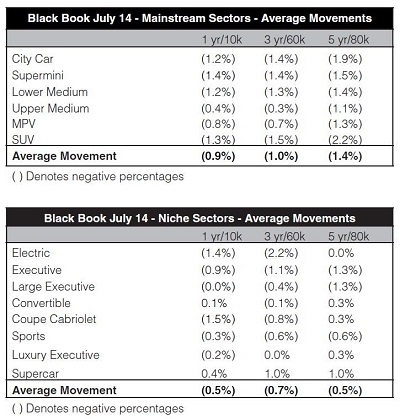