Part exchanges geared up to be higher than normal

At this time of year the pre-occupation of most  franchised dealers focus is on new car achievement whilst attempting to gain as many retail worthy part exchanges as possible for resale in September. The auction scene, despite still being overrun with “run of the mill” average condition examples, is seeing an increase in demand and conversion rates, with any CAP clean car that is unusual, or of a particularly good specification, making healthy premiums.

But overall a pretty good and upbeat picture so far this month with all vehicle sectors reacting the way they do this time of year, the convertible market has been and gone, the SUV sector stabilises and strengthens in some cases, and fairly typical and modest reductions in value for the remainder.

We are also witnessing the start of a slow and steady stream of PCP returns which we expect to be well received, and having no dramatic effect on used values in the short to long term. However, individual manufacturers may have their own peaks and troughs to manage depending on previous offers and the success of those offers. The peaks in disposal volumes may require some extra care especially if they take place in the final quarter.

This main difference year on year is the overall volumes of trade cars in the auction market. Normally there would be a drop off in supply during August, and then the September part exchanges not kept for retail sale would swell the numbers at the auctions.  This August there has hardly been any notable reduction in the auction supply which would suggest that once the September part exchanges arrive, the overall auction inventory will be correspondingly high. Furthermore, given that the new car market is running at a year on year increase of around 10%, and September is also promising to record some very high new sales, we could see part exchanges in higher numbers than is the norm. However, as we have seen all year, the retail demand has managed to keep pace with the additional supply, so this scenario is not necessarily going to have a depressing effect on market prices in October. 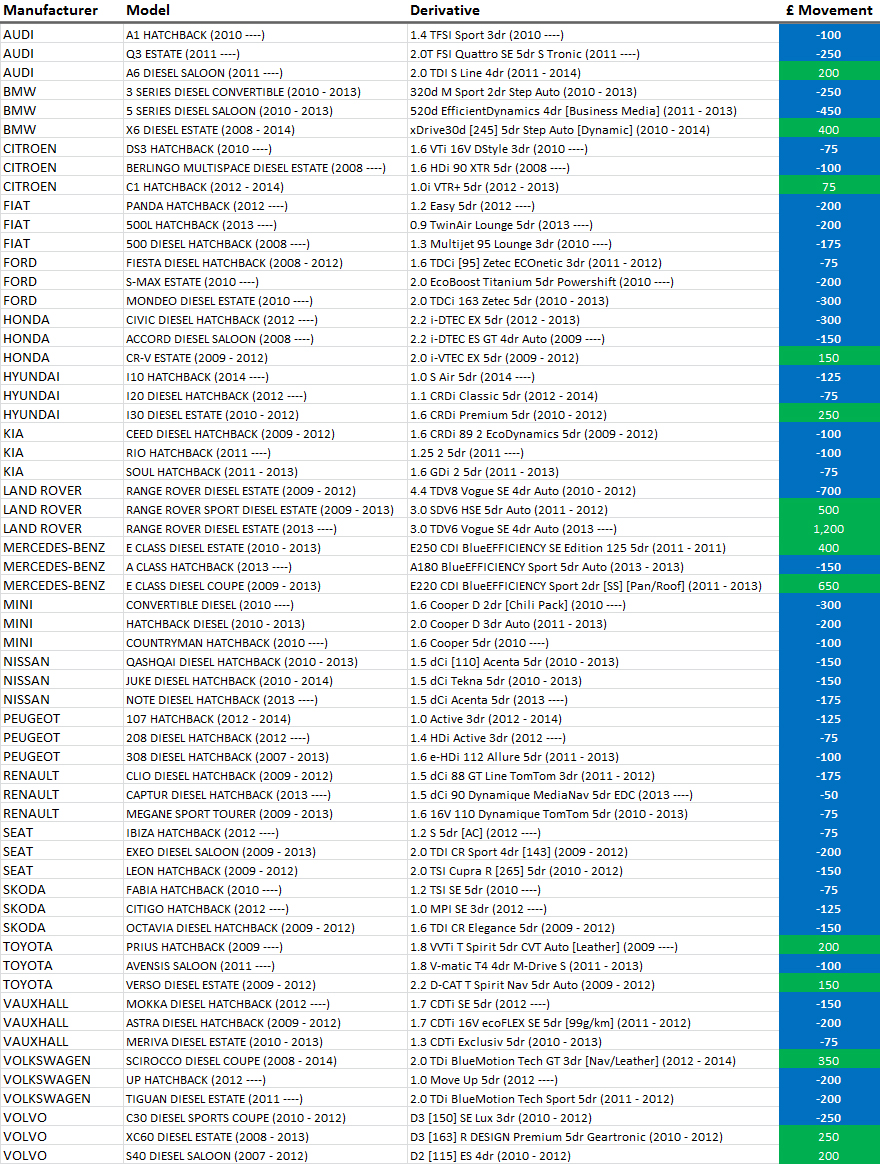