Plenty of buzz at this year's busy Commercial Vehicle Show

So, the massed hordes descended onto the NEC last week for the annual Commercial Vehicle show. Massed hordes could well be a term applied to the exhibitors as well as visitors, with stand space over the three halls selling out some months ago.

From a vehicle manufacturers perspective there were some notable absentees, in particular - Volkswagen, Nissan, Toyota and Mitsubishi chose not to attend. In the HGV world manufacturers such as, MAN, Renault, Scania and Volvo decided that the event wasn’t for them this year. As the new model release calendar is a little sparse it’s perhaps arguable that marketing budgets could be spent more wisely elsewhere. There isn't any doubt that visitors were disappointed that Volkswagen chose a Wednesday evening press event in Amsterdam (causing some logistical nightmares for some of our journalist friends) to reveal the new Transporter T6, rather than the perhaps less romantic climes of the outskirts of Birmingham.

Nevertheless, there was plenty to see and the halls were already starting to buzz at 8:30 on day one, that's when I arrived. Here are a few highlights from the vehicle manufacturers that were there (there was a plethora of ‘non’ manufacturer stands too) the list is not exhaustive though, so no offense intended to any manufacturer who doesn’t get a mention. 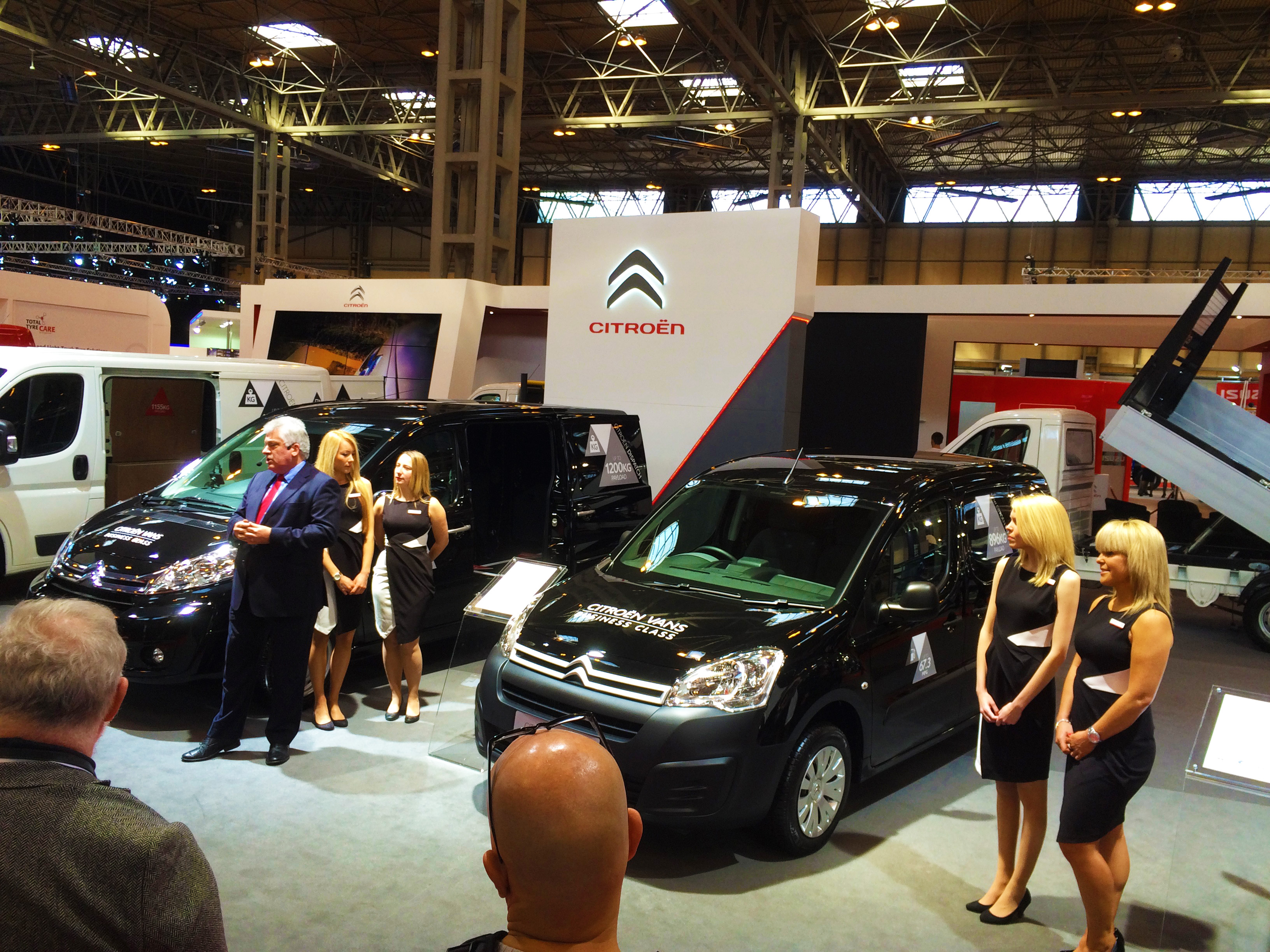 When I arrived, I'd just missed the first press conference of the day from Mercedes-Benz. Mercedes - Benz officially took the wraps off the new Vito. We’ve driven this van and it is light years ahead of its predecessor from a drivability point of view and a very worthy player in its (very competitive) sector. The Mercedes stand also had a full display of their very comprehensive truck range.

Next stop, another press conference - this time from Citroen who chose the NEC to reveal a minor facelift to the Berlingo van. Externally, a new grill is the most obvious clue that there has been some changes made, although, the van is now offered with Euro 6 compliant engines.

From an LCV perspective there was little else fresh. The Ford stand was as busy as ever, little surprise as Ford have the most comprehensive and fresh model range from any manufacturer. One thing to note is that, for the first time in recent years Ford had nothing totally new to show, other than some new twists on existing models to interest the casual passer-by, or for the journalists to write some column inches (or the digital equivalent!) about.

Vauxhall had the facelifted Corsa van on display. As is often the case these days despite the majority of the panels being new the vehicle is unmistakeably a Corsa and once again the visual clues are at the front of the vehicle.  Other than a high roof variant of the Vivaro there was little else new. At the press conference however it is clear that the manufacturer is proud of the sales performance of Vivaro in particular. 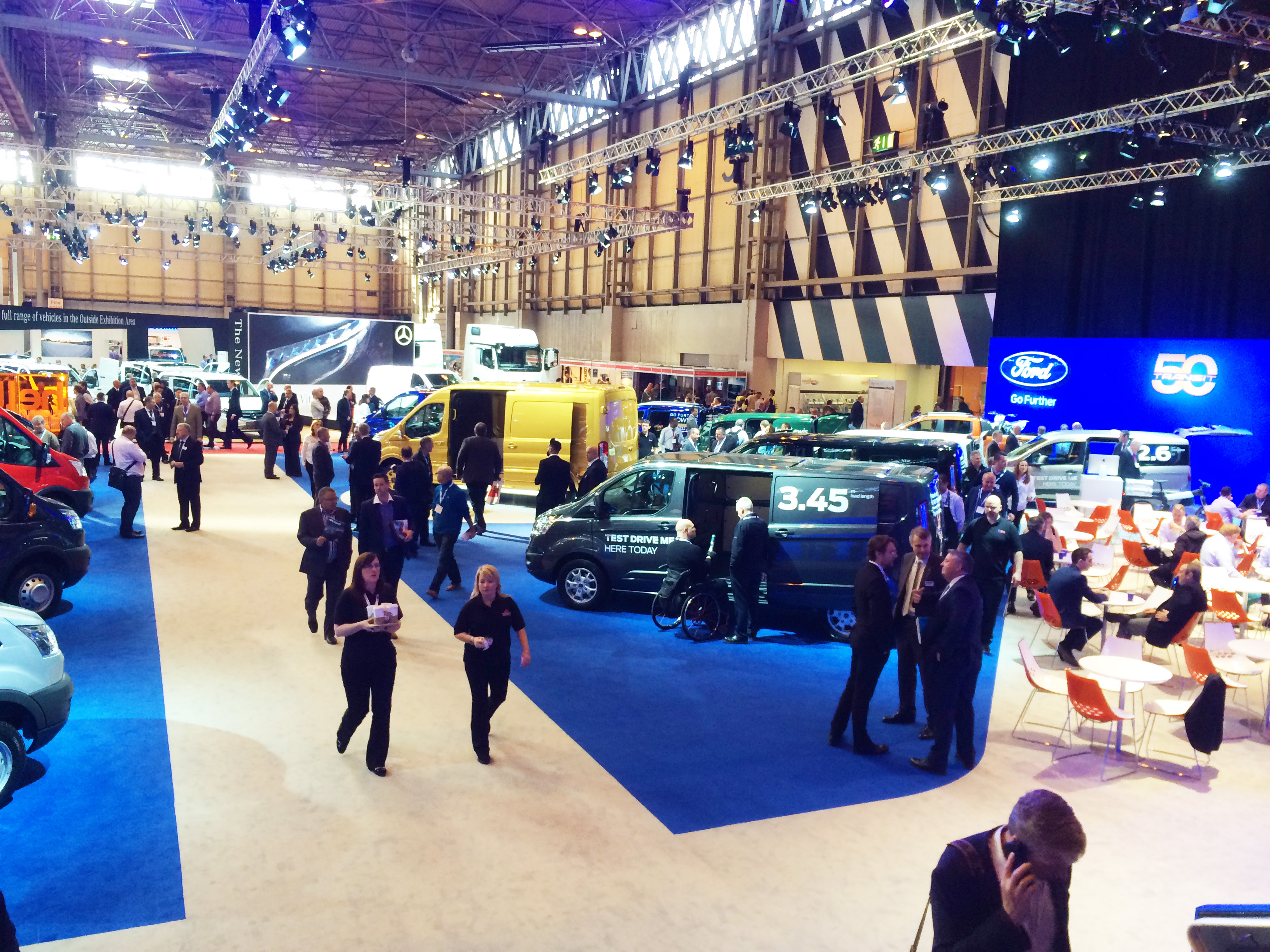 On the Renault stand (a little tucked away from the other big players), what was clear was that there was little new to show. Renault are very keen to regain some of the ground they may have lost in the UK and could well be one to watch in the medium to long term.

Fiat Professional had the facelifted Doblo on show. Although not dramatically different to its predecessor there is some natural evolution evident (to which is already a very capable, if underestimated van). We drove some prototype versions late last year and it’s certainly a worthy competitor to some of the more obvious and popular names. As we understand it, Vauxhall are not taking this version as a facelifted Combo, preferring to continue with the current product until they launch a new version in a recently announced partnership with Peugeot and Citroen ( based on an all new Partner / Berlingo van expected in 2018).

Iveco had a head turning ‘Vision’ concept vehicle on display, which is based on the Daily van. The concept is totally impractical and in reality, it does go to show how sexy a van can potentially look.

Dacia chose the CV show to reveal their van version of the ‘Duster’ passenger car, for the very first time. In essence, it’s the Dacia car with the rear seats removed, rear side windows blanked out and a load liner in the back. Despite enlisting the services of Rachel Riley from TV’s Countdown, the vehicle didn’t attract a huge amount of attention. I did get the impression that the manufacturer is quite pragmatic and realistic about just how many they will sell at £9,595 + VAT in a very established and price sensitive sector.

Trucks were a little thin on the ground due to the absentees previously mentioned. Again this is almost certainly due to the fact that no one had anything new to show, due to the huge amount of activity connected with Euro 6 in the past couple of years. 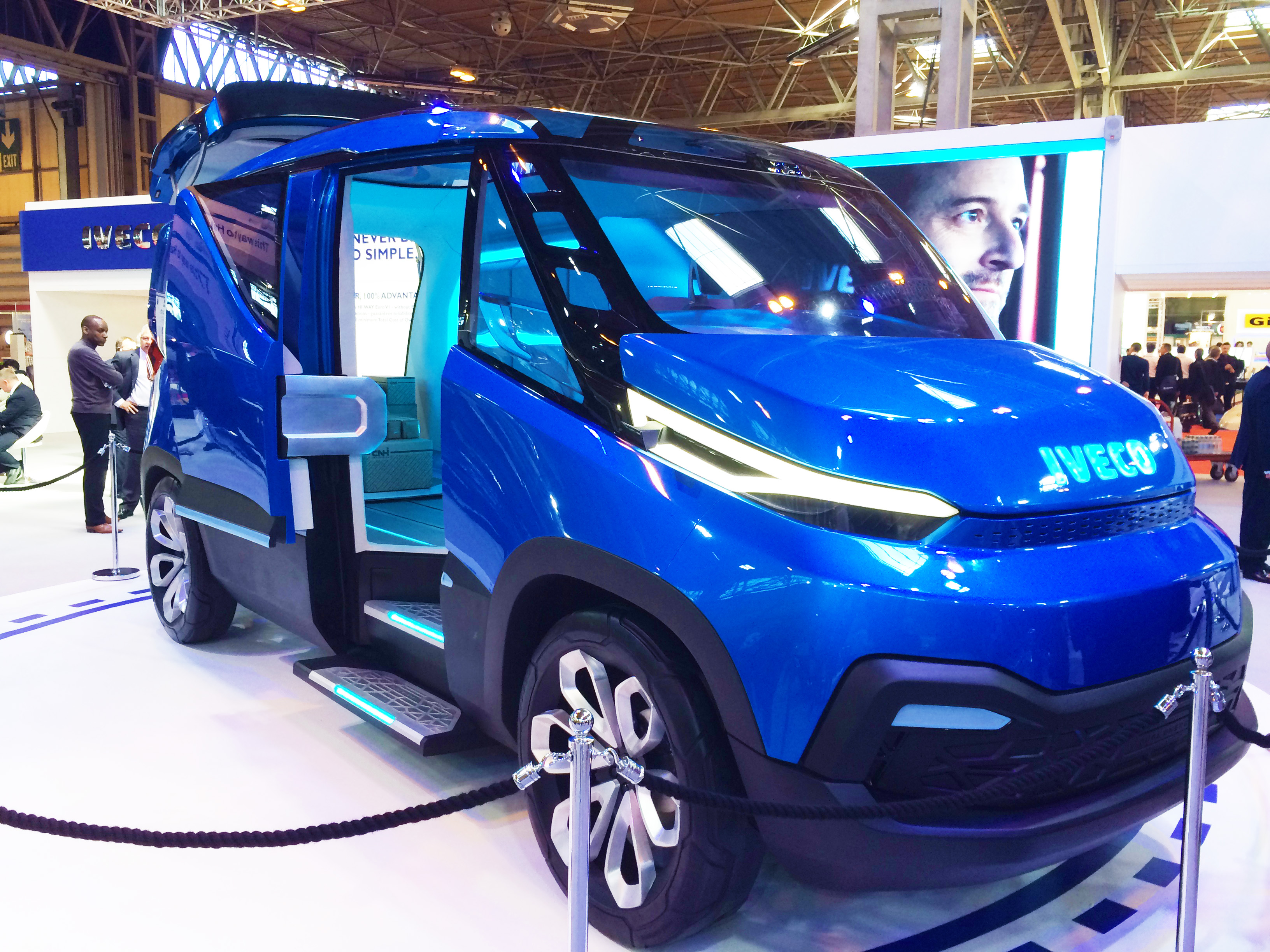 DAF were present this year after taking a year away from the show in 2014. The stand is always popular, irrelevant of what is on display, it seems to be used as a meeting point for anyone remotely connected to the truck industry.

The Irish based importers of Hino displayed a Chinese 8 wheel rigid chassis branded Sinotruck. Initially, due to type approval regulations Hino will only be able to import 250 each of the mixer and tipper derivatives, it still remains to be seen if the market will accept an unknown newcomer.

So, a very busy show. Everyone in the industry is very upbeat, which is understandable given the current strength of the new LCV and to some degree HGV markets. There was a definite buzz in the air, however after 8 hours of wandering for 4.5 miles around the halls (according to my gadget), talking to countless people, tweeting highlights, playing Countdown with Rachel, drinking too much coffee and generally wearing myself out, it was time to head home.