Is it a typical May market for the dealer network? 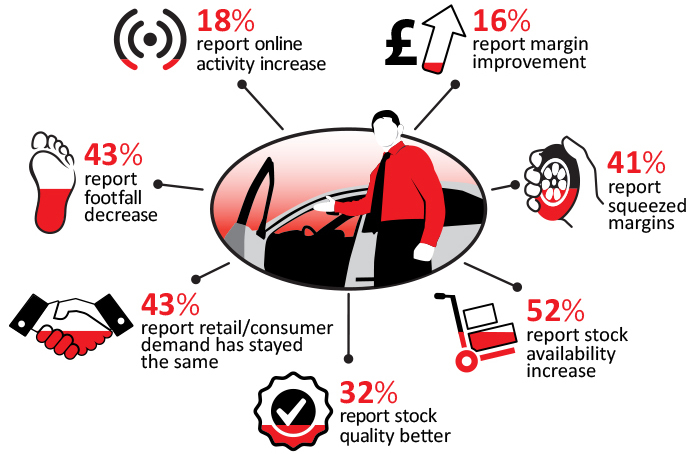 The results of the latest Dealer Survey for May 2015 are in...

In a month where we have seen two Bank Holidays and a General Election, the overall sentiment of the dealer network is ‘upbeat’ – with many commenting that it’s been a typical May market. With the hype around this month’s Election, not surprisingly for many, the majority of those we surveyed reported that the campaign had no impact on their sales rate. As anticipated the stock volumes in the market are high, and with that, quality overall has improved.

The Market Survey – for Dealers, by Dealers

Why has this survey been done?
This market survey has been created in response to dealers hankering for a more holistic current sentiment of the questions they ask themselves daily, so they can understand the temperament of the wider market.

Who is it for?
Respondents cover a very diverse sector of the automotive industry, from the larger franchise groups, supermarkets, independents, single site owner-driven operations, through to auctions and remarketing.

When is it undertaken?
The survey is done monthly, within a very small open window. This ensures that the responses are market relevant and current. The data in this survey is for May 2015.

Get involved!
If you want to be involved in next month's Dealer Survey – for Dealers, by Dealers - then please contact CAP's Black Book Editor and Retail & Consumer Specialist, Philip Nothard.