The expected slowdown in the used LCV wholesale market arrived right on cue as the Easter Holidays got under way and, whilst the footfall at the auction sales we attended appeared healthy enough, there were noticeably fewer professional buyers around. However, probably due to many small businesses extending their holiday break in line with the school holidays, their absence was more than compensated for by the number of end-users in attendance. With plenty of stock to go around, our expectations were high on arrival at many of the sales but close examination of the entries revealed that clean ready-to-retail vans were few and far between. Some models were conspicuously low in numbers or absent altogether whilst there was an abundance of others, the majority of which were in below average condition. Not surprisingly bidding was slow at times and, were it not for the occasional flurry of activity from internet buyers, many lots would have remained unsold. Consequently, as we saw in March, there was further downward pressure on prices throughout April which has affected the average market prices across all sectors and are reflected in this edition. No doubt further price drops in the guide prices will be welcomed by some dealers since heavy discounting by manufacturers on new sales continues to hinder the retail sales of late plate vehicles. Naturally though it will be a concern for those that are currently struggling to sell their existing late plate stock. Whilst there is clearly a mismatch between buyer aspirations and the condition and mileage of used stock, it remains to be seen if we are witnessing a return to more traditional seasonal buying patterns, which, mainly due to stock shortages, hasn’t really been evident for some time, or it’s indicative of a longer term trend and a return to more sustainable pricing levels. It would be hard not to mention that during the life of this edition there will be a general election the outcome of which may or may not have far reaching implications on the used LCV market and indeed the automotive industry in general. Whatever that outcome is, in the short term we anticipate that it will cause a degree of uncertainty which, in our experience, invariably has a negative impact on market prices. Our longer term view is that, despite the austerity measures that were deemed necessary by the present government, we have witnessed unprecedented levels of economic growth and corresponding growth in demand for used LCVs along with some of the highest used van prices ever seen.  Whether it’s a government that offers more of the same or a promise of a return increased public spending and heightened industrial activity, it seems certain that the demand for both new and used LCVs is assure. 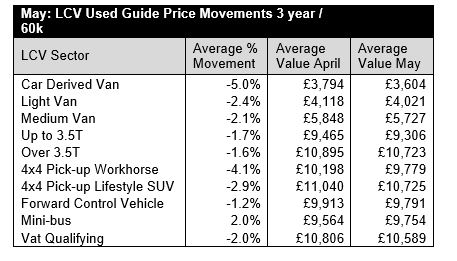 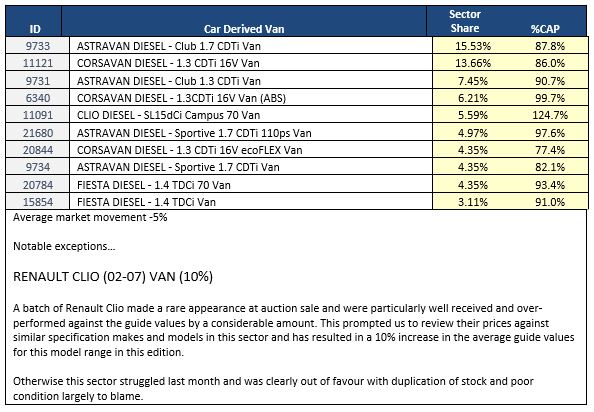 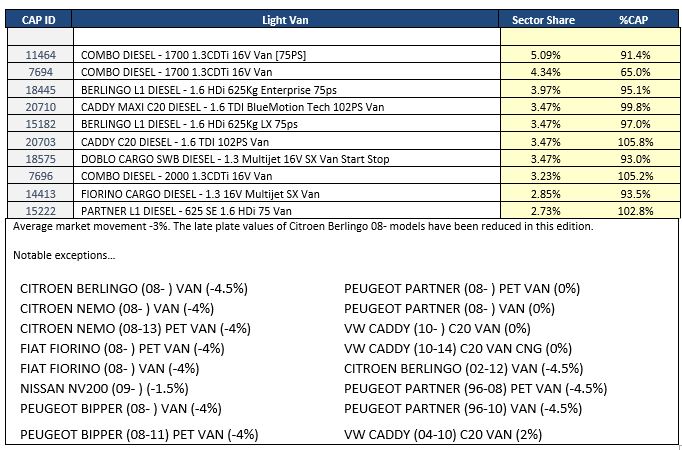 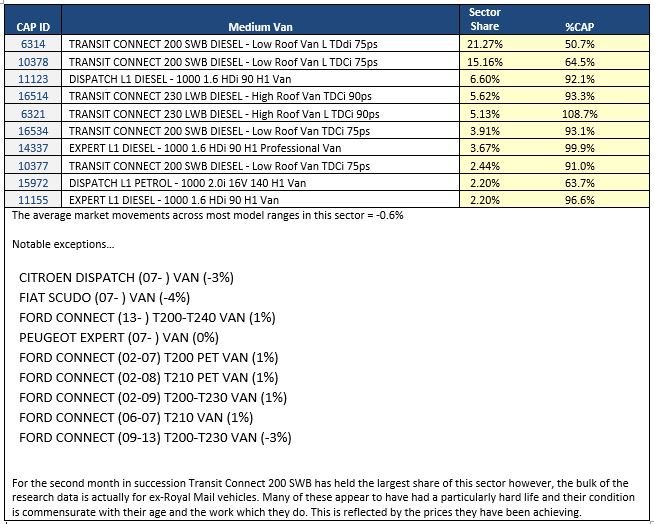 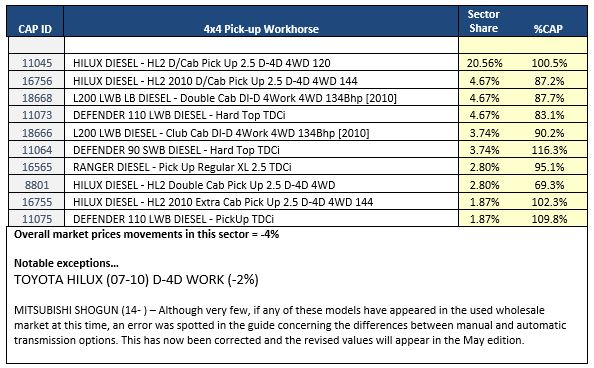 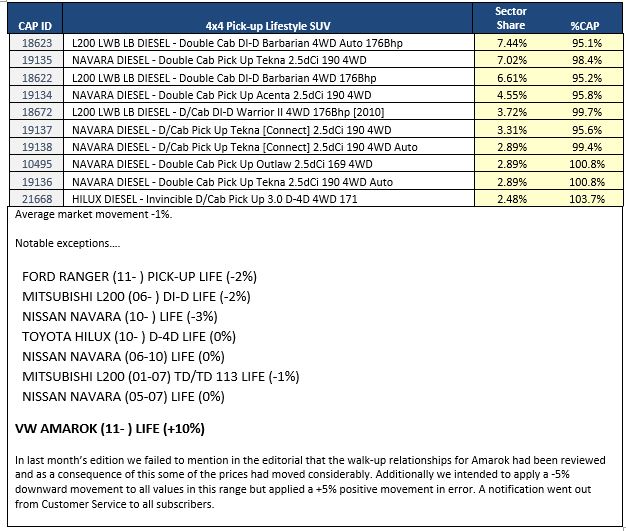 Motorhomes Marketplace
Over the years many of our subscribers have used our specialist valuations service to obtain bespoke valuations on motorhomes of all shapes and sizes. From the very basic car-derived camper vans right up to American Style RVs sometimes worth almost as much as the average price of a house in some parts of the UK.  Whether required for auction reserve prices, vehicle finance risk management or insurance total loss claims, our subscribers know we will always endeavour to provide the most accurate valuations based on market research and a wealth of experience in the automotive valuations business. However, we are the first to admit that our valuations products on motorhomes have been neglected over recent years and, mainly due to lack of demand for a valuations guide, we have failed to keep the motorhomes section of Red Book up-to-date with the latest models.

The good news is that’s all about to change due to increasing demand from our existing and potential future subscribers.  From this edition you will see more and more motorhomes models being added each month and the gradual back-cataloguing of earlier models as our research activity escalates. Our aim is to eventually provide guide values for motorhomes up to 20 years old. There is a very good reason for going back so far as experienced motorhome sellers will know only too well. Generally motorhomes have the lowest age depreciation rates you will see in the automotive industry and it is not uncommon for 20 year old vehicles to be the subject of significant finance deals. When you add other insurance related products into a deal plus maintenance packages, selling motorhomes can be extremely lucrative even for dealers who are primarily active in other sectors of the industry. But beware, selling motorhomes is not for the faint hearted and there are many pitfalls you need to avoid. We will be covering many of these in future editions.

You will notice that we have removed some redundant and obsolete sections of Red Book and this has gained us a considerable amount of space allowing us to significantly increase the number of motorhomes we cover. Of course there is no shortage of space when it comes to the CAP for Windows product and all models will be included on current plates.

We’ve also included this new editorial section dedicated to the Motorhomes used wholesale market and each month we will provide useful information that will be of interest to dealers who specialise in selling motorhomes. An obvious question a dealer might ask when considering selling motorhomes is what is the size of the used motorhome market? The following chart shows the number of new motorhomes registered each year and, whilst we don’t have any figures on vehicles subsequently exported or scrapped it gives us a fair indication of the 15 year park which is around 120,000 vehicles. Prior to 2000 information on new registrations are a bit sketchy but we believe it’s likely to be in the order of 140,000. What this chart also shows is that new vehicle registrations were not immediately affected by the 2008 recession. In fact the lowest number of new registrations after they peaked in 2006 was in 2011 and 2012. 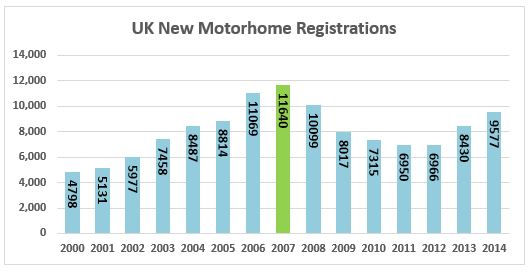 From a demand perspective there has never been a better time to sell motorhomes in the UK. According to travel industry sources we have become a nation that likes to spend holidays and leisure time at home. So called staycation holidays are becoming increasingly popular and the number of foreign holiday trips we take has been falling in recent years. The demand for campsite pitches has been increasing exponentially which goes hand in hand with the widely reported growth in sales of new motorhomes.

The vast majority of motorhomes in the UK are based on light commercial vehicles however some of the larger vehicles are based on the lighter HGV models. Unlike the vehicles on which they are based motorhomes have an exceptionally long life in the used market and can change hands many times.

The motorhome market is complex and can be thought of as having several tiers. Relatively new motorhomes taken in part exchange against a new vehicle are more often than not sold again by the same dealer unless they are not wanted for any reason. Typical problems that put off potential buyers are vehicles with damp problems and/or have unpleasant smells inside such as vehicles that were previously owned by heavy smokers or pet owners.

As motorhomes become older and change hands repeatedly they’re often bought by dealers who specialise only in used motorhomes. Used motorhome dealers vary considerably in terms of the age and quality of the stock they carry. Sometimes car or commercial dealers will take in motorhomes as part exchange against other vehicle types.