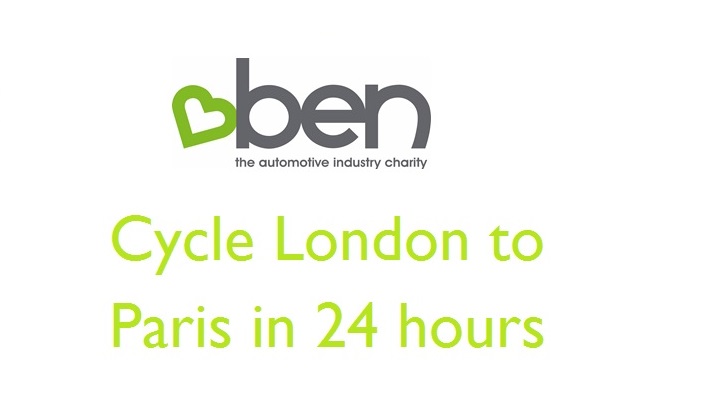 Stephen Brighton had the following to say after completing an inspirational challenge for a very worthy cause - BEN.

“From a rider’s perspective the ride was more challenging and hilly in the UK but we were blessed with great weather and even a gentle tail wind all the way into Paris.

"The route was beautiful and we avoided any major towns until we reached Paris. It was a great performance from each cyclist as we all finished the ride, and apart from aching bodies everyone was in high spirits.

"The highlight was a ride in convoy with the support teams down the Champs-Elysses, around the Arc de Triomphe and onto the Eiffel Tower, all in our BEN shirts." 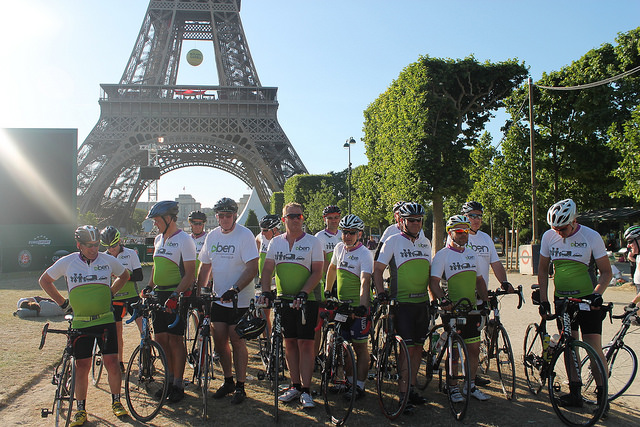 Stephen, along with a team of 17 BEN cyclists took part and completed London to Paris in 24 hours raising over £25,500 for automotive charity BEN.

The team of 17 left Blackheath Common at lunchtime on Friday 5th June before tackling the mountain-like hills of the Kent countryside and heading down to Newhaven.

After a few hours of sleep on the ferry, and 96 miles into the route, the determined cyclists continued the rest of their journey from Dieppe. All participants successfully made it to Paris with only one puncture and a few minor detours.

Stephen Morgan, Regional Manager for Copart said: “I think that everyone would agree that an enjoyable time was had and we’ve now started planning some future rides between us. Thanks again, we're looking forward to raising more for this fantastic charity in the future."

“This challenge was one of the most emotional and exciting to be part of and I felt honoured to be with the team all the way from London to Paris," said Bekki Chandler, BEN’s Events Executive.

“When the going got tough, I was pleased to be there to pass on encouragement and support to our amazing cycling team. We are so grateful for their support and commitment – thank you to everyone involved.”

"This is a fantastic demonstration of how the automotive industry comes together to take on these testing challenges and support charities such as BEN. The power of social media has helped spread the message and raise much needed funds.’’

A massive well done to Stephen from the whole team CAP Automotive.

Visit Stephen’s Justgiving page if you too would like to donate funds for BEN.

For more information about BEN and the services they provide please click here.