Stephen, quick to accept the challenge, has named it ‘Steve’s 2015 Big Challenge for BEN', admitting that he ‘likes a challenge’.

Stephen will not be tackling this staggering distance alone though as fellow automotive members, including Frank Massey, Director at Automotive Diagnostic Solutions, will join him in his bid to cycle London to Paris in 24 hours.

But how did this all come about?

“It started with a simple tweet shared to myself (@PhilipN_Cap) from @The_Marques_Man, assuming that I must be the ‘Bradley Wiggins’ of the Motor Trade”

“I knew a man that would undoubtedly be up for the challenge," explains Philip Nothard, CAP’s Retail & Consumer Specialist. "Someone who is a passionate supporter of charitable events and many will be saying when you read the task ahead – insane enough to attempt it!

"That could only be Stephen Brighton, Managing Director of Hepworth Honda. I’ve known Stephen for some years now, both as a customer of CAP Automotive and as a friend and neighbour here in Rishworth. We often see Stephen putting in the hours, evenings and weekends up and down the local hills and roads.” 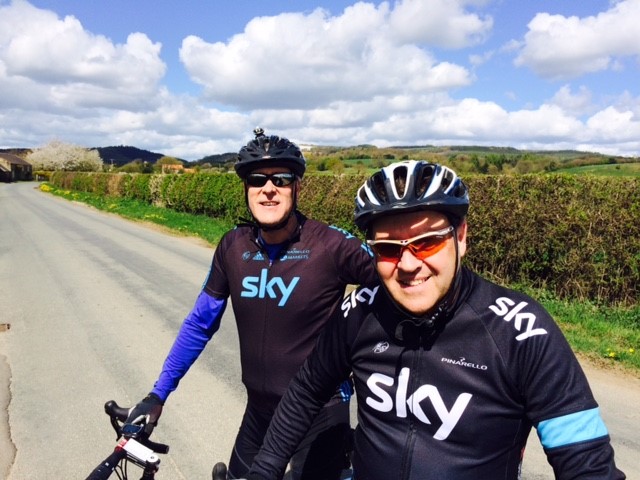 The 240 mile cycle event is officially known as the ‘London to Paris 24’. The route starts in Blackheath Common, heading through the rolling roads and hills of the North and South Downs.

From here, Stephen and the team will say farewell to Britain and enjoy some well-earned down time and an opportunity give those aching limbs some respite, whilst they travel over the border into France on the ferry.

"BEN is a charity many in the motor industry support. It’s great to have a real personal challenge which enables me to combine both my passions. I've never ridden such a distance in 24 hours, the training mileage is over 1,000 this month alone, but the pain will be worth it for both BEN and me!’’

On arrival in France Stephen and his fellow cyclists will pedal on through the night into the suburbs of Paris to their final destination, the world famous Eiffel Tower, where they will mark their fantastic achievement with celebratory drinks and team photos.

Stephen’s aim is to raise a minimum of £1,000 towards their team’s target of a phenomenal £20,000. The automotive industry is truly behind what Stephen and the team are participating in, offering support and donating generously. Automotive media publicist, AM 100 will also be giving the London to Paris cycle ride a special mention at the AM100 Dinner in June.

To have a look at Stephen’s fundraising progress you can visit his Just Giving Page, or to keep a track on how the team are collectively doing visit here.

For all you cycling enthusiasts, why not join the Strava forum to view how the guys training is going, monitor their progress and connect with other cyclists taking part in the challenge. 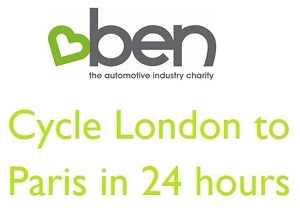 This event and fantastic efforts from members of the automotive industry is an excellent reminder of how the industry appreciates the valuable work which BEN provide, through a network of care and services.

BEN, the automotive industry charity, helps thousands of automotive families each year. What makes BEN different is that they exist solely to look after our own automotive community which means that they don’t just deal with one type of problem like other charities. Whatever crisis situation or issue it is that in the first instance requires some straight forward advice - BEN is here to help in total confidence.

Bekki Chandler, Events Executive at BEN released the below statement earlier this year in support of the cycle London to Paris in 24 hours, another reminder of how grateful the charity is for the support and generosity which Stephen and the team are giving as part of their charity challenge.

“Thank you to everyone who has signed up for this exceptional challenge. It takes true strength, determination and stamina to take part. After arriving in Paris a ‘celebratory dinner’ will be held Saturday evening to say ‘thank you’ and meet your family and friends who have also supported you through this strenuous challenge.  The rewarding knowledge is that the vital funds raised will help so many more of our industry colleagues who are facing tough times and are in need of our help.”

CAP would like to wish Stephen and Frank the best of luck with the challenge and we look forward to hearing all about their adventure when they return. 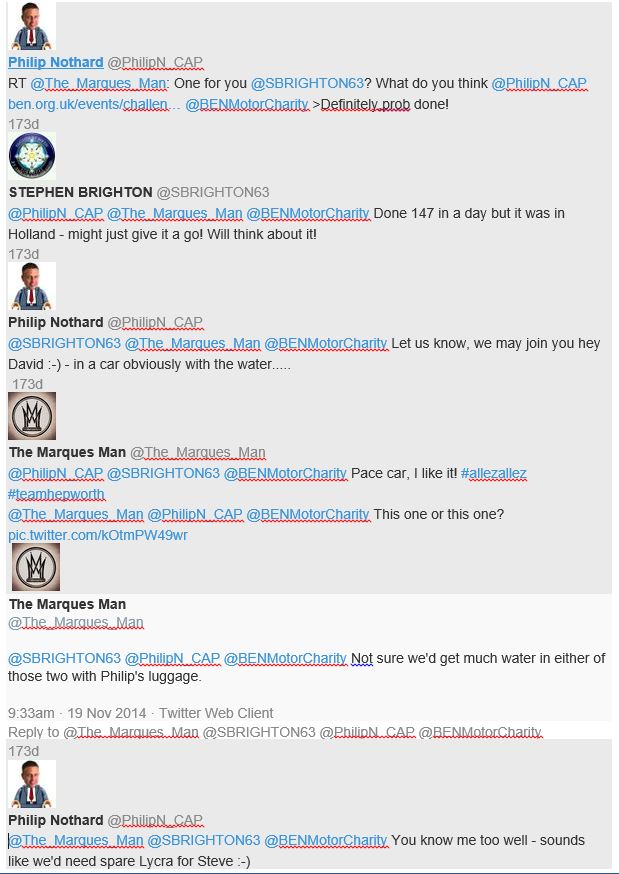