Competing theories can be good for market explanations 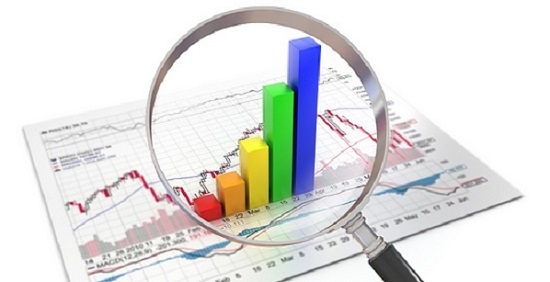 I’m frequently asked closed questions about how the used LCV Market is performing or I’m asked to provide a written response to a statement by someone which makes an assumption about why the used LCV market is performing in a certain way. It goes without saying that I don’t always agree with some of the assumptions they make, in which case I try to be diplomatic with my reply, but the short answer to most of these questions is that I don’t know. Of course I have an opinion or theory but I really don’t know. What’s more I firmly believe that nobody else really knows.

There are many people who comment on the way the market is performing but what they are really expressing is their particular theory amongst the many others that are out there. So it’s all about competing theories and that’s a good thing because there’s more than likely a good deal of truth in all of them.

The problem I have is that it would seem that many of us involved in the remarketing or retailing of used LCVs crave simple explanations in terms of a single cause and effect but there really aren’t any in my experience.

The most glaring issue I have with these questions I’m asked is that they tar all LCVs with the same brush.

The LCV sector of the motor industry is extremely complex and consists of a number of clearly defined sub-sectors. They often exhibit different seasonal variations in demand and the market often reacts differently to each sub-sector according to fluctuations in supply, condition and, sometimes, even who the first owner was, if it happens to be what is considered a prestigious fleet operator.

For example from Spring onwards and throughout the Summer months we would expect to see the values of tipper and dropside bodied vehicles increase as demand increases from the fair-weather trades such as builders, ground workers and gardening companies. However, late Spring and Summer really isn’t a good time to have too many 4x4 Pick-ups on your forecourt for all sorts of reasons.

A good example of this complexity is a characteristic of the LCV sector in general which I believe no other sector of the motor industry suffers from to the same degree - large de-fleets. We often see extremely large volumes of exactly the same model all in the same colour and same specification enter the market from a particular fleet operator. The professional buyers in the wholesale market soon latch onto this and know that the vendors can only hold out so long for their reserve prices. Invariably the market prices for that particular model will fall. The overall effect of these de-fleets can pull down the average sale performance for the complete model range or even the entire sub-sector.  On such occasions the guide values are adjusted to reflect the market prices of the individual model with no regard to the established walk-up values and the other models in the same range.

That said there have been occasions where several hundred vehicles have appeared in the market from one of the perceived prestigious fleets and fierce competition between buyers has often led to an increase in market prices.

This tendency for the industry to want simple explanations has been reflected in the media over the past few months by the focus on stock shortages as the root cause of the used LCV market price rises we have all been witnessing. On the other hand, very little has been said about the strength of retail demand which seems to go hand in hand with all the positive news we keep hearing about growth in the UK Economy, especially in the Service Sector which is the biggest user of LCVs.

Our own independent monitoring clearly indicates that auction entries have been fairly consistent over the past 6 months and where entries have been down it can usually be explained by school or bank holidays when people generally take their family holiday breaks.

This monitoring of auction entries has clearly revealed a flaw in the argument that shortages are the single cause of the exceptionally high market prices we’ve been seeing. However, what it also revealed is that there have been some distinct shortages of certain models at times which highlights yet another example of the complexity of the used LCV market. Fluctuation in the supply of certain models is a constant feature of the market and goes some way to explaining the apparent ‘yo-yo’ market prices we witness from time to time and which we endeavour to reflect in our published guide values.  Sometimes this can have a knock on effect on other models in the same sector. Within every given sub-sector a natural pecking order exists based on the prices that buyers have been prepared to pay for vehicles over an extended period of time. So for example, if there is over-supply of the model at the top of the pecking order and market prices fall this will naturally weaken the values of vehicles at the lower levels of the pecking order.

These are just a few examples of why the performance of used LCV market can’t be summed up in terms of a simple cause and effect. So, the next time you read that the average value of used LCVs has increased or decreased by £x amount last month or that auction entries were down by 10% ask yourself the question what does this actually mean. The statements may well be true but it might not mean anything at all because there is a perfectly normal explanation. Contrary to popular belief facts don’t speak for themselves they have to be interpreted in order to have any real value.